I remember the moment in 1997. The BBC had just announced that and had finally agreed to a trial of two Libyan suspects for the murder of my daughter. Robin Cook had finally done what we asked him to do, and persuaded Tony Blair, Madeline Albright and President Clinton to agree to a trial.
I was standing on the mossy turf of a meadow on the Isle of Skye, Jane drooped across my shoulder for the television cameras. A warm July sun warmed the seas and rocky cliffs and to the south the hard peaks of the Cuillins were crowned with late morning mist.

My adrenaline was in full flow. Nine long years of campaigning for a trial, and so many friends along the way. Professor Bob Black of Edinburgh, Nelson Mandela, Kofi Anan, The Arab League, Tiny Rowland, Richard Branson and many firm friends around the world.  Nine years of sleepless travelling, arguments, secret meetings, subterfuge, and fear. And now, on Skye, my island home, was it all really true? Did a man love his murdered daughter so much that the world had finally moved? 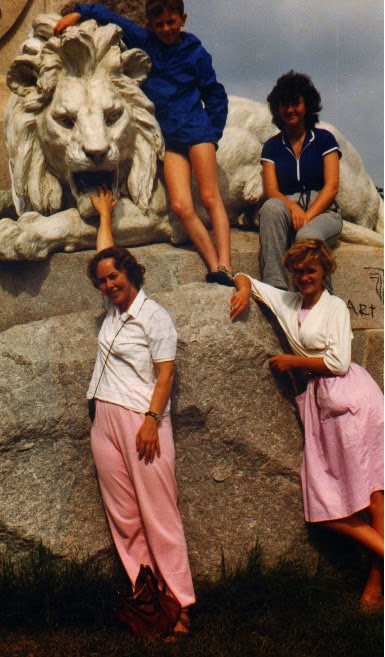 It would take another three hard years before the suspects stood before the judges. But still no peace for troubled hearts. We - Reverend John Mosey, David Ben Aryeah and I - witnessed a travesty of a trial. We saw word and mind games played by those who were there apparently to protect our freedoms. From intelligence services we heard statements designed to mislead the court. There came before us a procession of evidence clearly contaminated, misrepresented, mis-recorded. We heard a judgement that seemed illogical, incomplete, and puzzling. And a man was convicted, put away from the mind of the world and the world's media. All too soon the greatest attack on the British mainland since the Second World War became old news, dead news, unwanted news.

Until the commencement of the second appeal, held in on 27th April 2009 before newly appointed justices far enough away from the initial drumbeat of guilty as to be untainted by it. And it was only here, after nineteen years, in the final stand for justice, that we were allowed to see the beginnings of truth. Yet even here came delay after delay and justice denied by the onset of cancer and predictions of imminent death. 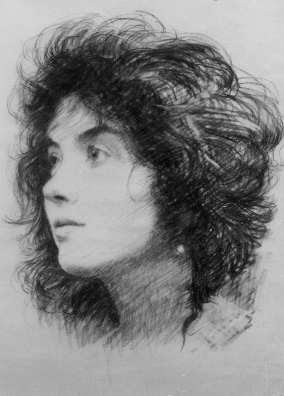 Enter the Scottish Criminal Cases Review Commission (the SCCRC) trawling through massive evidence files, travelling the world to interview former witnesses, discovering a new identification witness whose name had been concealed by the police. Exposed were multi-million dollar bribes offered and paid to the two identification witnesses, a Maltese shopkeeper and a CIA double agent.

Suspicion grew and grows daily that someone manufactured and planted the only hard evidence put before the court as proof of Libyan guilt, a tiny green fragment of a timing device. That suspicion was strengthened by comments made by Scotland’s former Lord Advocate.  Then in 2012 came the startling news that independent scientific tests conducted by two British scientists has proved that the timer fragment did not come from a timer board made by Swiss manufacturers Thuring.  This meant conclusively that the fragment could not have come from a timer board supplied to Libya.

I visited Megrahi at his home in Tripoli in December 2011, shortly after the murder of Gaddafi by revolutionary forces aided by NATO bombing attacks. Those I talked to  in Libya were grateful to NATO and proud to have thrown off the Gaddafi yoke. They saw Gaddafi as having been alien to the people, to have stolen their birthright of oil money.  They said it was the devilish Gaddafi who brought  sanctions upon their country, and that the recent war was part of the price they had to pay to get rid of him. They were immensly proud of the bravery they showed, and the blood they spilt in overturning his regime.Megrahi died on 20th May 2012.

On a major issue such as Lockerbie, the greatest attack on the British mainland since the Second World War, the reputation of Scottish justice lies in tatters. The evidence stands before the world in abundance, but remains ignored by the world. I say, proclaim that new evidence to the people.  My murdered daughter Flora would ask for nothing less.

Here's a short selection from the many personalities who appear in our book, which includes some fifty photographs. 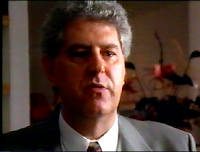 Vincent Cannistraro.  Senior CIA officer in the brutal 1980's Iran-Contra campaign in which mercenaries were trained in the techniques of invasion and killing of Nicaraguan citizens and officials. Wrote "the anatomy of a lie" to cover up US government involvement in Nicaragua. In 1986 was commissioned by the US president to "destabilize Libya and destroy the Gaddafi regime". Secretly helped arm the Afghanistan Mujahadeen and Osama Bin Laden. His chief Admiral Poindexter chaired a top level meeting with an agenda including whether to manufacture evidence to destabilize the government of Yemen. In 1986 helped design the current US illegal rendition system. Head of the CIA's Lockerbie team but did not attend the trial to give evidence. 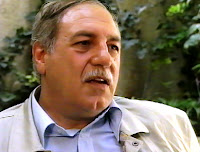 Ahmed Jibril. Leader of a sixteen-strong terrorist group targeting Pan-Am flights from Frankfurt Airport in the weeks leading up to the Lockerbie attack. In the group was Marwan Khreesat, Jordanian and CIA asset who infiltrated the cell.  Khreesat made at least five bombs designed to bring down aircraft. One of the bombs was stolen from his flat and never found.  All sixteen were arrested by German police, and all but two freed within days on the grounds that there appeared to be no evidence of criminal intent. 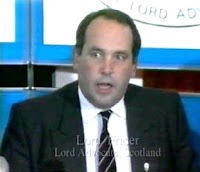 Lord Fraser, Scotland's Chief Law Officer during the investigation and indictments. Claimed in 1991 that witnesses "would prove the case beyond doubt". Then in 2005 admitted to journalists that his chief witness Maltese shopkeeper Tony Gauci, was highly unreliable. Then in 2008, when questioned by a Times journalist, Fraser indicated suspicions that key evidence might have been planted with the knowledge of the CIA. 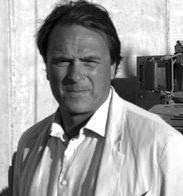 Robert Baer, former CIA agent and Middle East specialist. Worked on the early stages of the Lockerbie investigation. Has repeatedly claimed that there was in 1989 "Grade A intelligence" held by America proving that Iran commissioned and paid for the Lockerbie bombing, using the Jibril terrorist group. If Baer is correct, then the bomb timer fragment produced at trial, and said by the prosecution to point only to Libya, must have been planted.

Shukri Ganem, Libyan Prime Minister 2003-2006.
Has twice stated in radio and television interviews that Libya was not responsible for Lockerbie, and reluctantly paid $2.7 billion compensation "only to buy peace and move forward." 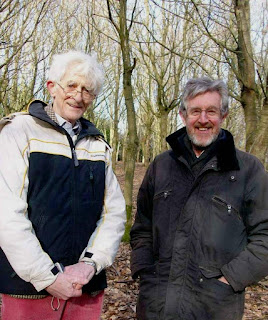