Abdelbaset al-Megrahi died two and a half years ago on the 20th May 2012.


Here are extracts from the statement that Justice For Megrahi issued on that occasion:

To get more information about the campaign for an inquiry into Lockerbie and join the facebook page of the campaign, please go to:
https://www.facebook.com/groups/161241207237021/ 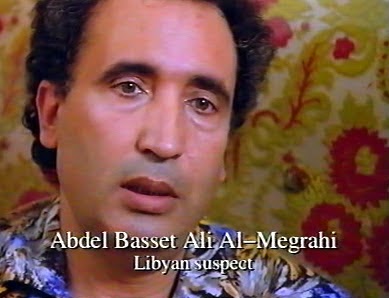 Abdelbaset al-Megrahi has now died without having been able to clear his name of the destruction of Pan Am flight 103 on the 21st of December 1988 during his lifetime. Now all those politicians and Megrahi-guilt apologists who regard compassion as being a weakling's alternative to vengeance, who boast of their skills at remote medical diagnosis, and who persistently refuse to address the uncomfortable facts of the case, will doubtless fall silent. Finally, the ‘evil terrorist’ has been called to account for himself before a “Higher Power”.

The prosecution case against him held water like a sieve. We are expected to believe the fantastic tale of the Luqa-Frankfurt-Heathrow transfer of an invisible, unaccompanied suitcase which miraculously found itself situated in the perfect position in the hold of 103 to create maximum destructive effect having eluded no fewer than three separate security regimes. There is no evidence for any such luggage ever having left the ground in either Malta or Germany, it is mere surmise.
Not only that but we have accusations of the key Crown witness having been bribed for testimony; a multitude of serious question marks over material evidence, including the very real possibility of the crucial fragment of PCB having been fabricated; discredited forensic scientists testifying for the prosecution; and, most worryingly, allegations of the Crown’s non-disclosure of evidence which could have been key to the defence. Added to which, evidence supporting the alternative and infinitely more logical ingestion of the bomb directly at Heathrow was either dismissed at the trial or withheld from the court until after the verdict of guilty had been returned.
The Crown and successive governments have, for years, acted to obstruct any attempts to investigate how the conviction of Mr al-Megrahi came about. Some in the legal and political establishments may well be breathing a sigh of relief now that Mr al-Megrahi has died. This would be a mistake. Many unfortunates who fell foul of outrageous miscarriages of justice in the past have had their names cleared posthumously.

However long it takes, the campaign seeking to have Mr al-Megrahi’s conviction quashed will continue unabated not only in his name and that of his family, who must still bear the stigma of being related to the ‘Lockerbie Bomber’, but, above all, it will carry on in the name of justice. A justice which is still being sought by and denied to many of the bereaved resultant from the Lockerbie tragedy.
This case has now become emblematic of an issue which affects each and every one of us and poses some profoundly basic questions which we ignore at our peril, namely: what do we perceive justice to be, what role ought it to play in our society and whom should it exist to serve? Our laws and how we apply them to our society are the most fundamental descriptor of how we function as a cohesive and coherent entity. They are effectively a portrait of our identity as a people.

If, through complacency, we permit cosy, established authority to dictate the terms and to brush under the carpet concerns over how justice is defined and dispensed for the sake of convenience, expediency and reputation, we will only have ourselves to blame for the consequences.
The Scottish Cabinet Secretary for Justice, Kenny MacAskill, says that “Scotland's Criminal Justice system is a cornerstone of our society, and it is paramount that there is total public confidence in it.”

Scotland’s independent and professional arbiter in the matter of referrals to the Court of Appeal, the SCCRC, believe that, on no fewer than six grounds, Mr al-Megrahi may have suffered a miscarriage of justice at Zeist.

Whether or not the courts are the right and proper platform to deal with this case, the conviction has been in the hands of the High Court of Justiciary since 2001 producing no resolution whatsoever and, moreover, how amenable are the courts now likely to be towards sanctioning another appeal given that they have been invested with new powers which allow them to reject applications which question their own judgements? Fine words are not enough. Action is required.

If Scotland wishes to see its criminal justice system reinstated to the position of respect that it once held rather than its languishing as the mangled wreck it has become because of this perverse judgement, it is imperative that its government act by endorsing an independent inquiry into this entire affair. As a nation which aspires to independence, Scotland must have the courage to look itself in the mirror.