From the blogsite of Professor Robert Black QC.

Application lodged for leave to appeal to Supreme Court. 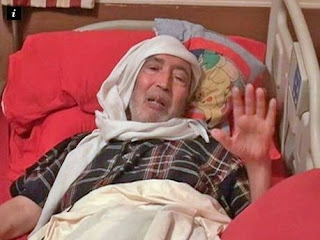 On 29 January 2021 the lawyers for the Megrahi family lodged with the High Court of Justiciary an application for leave to appeal to the Supreme Court. They have until 8 February to lodge written submissions supporting these grounds. The Crown and the Advocate General for Scotland (representing the UK Government) then have until 22 February to lodge their responses in writing. The High Court may consider the matter based on written arguments, or it may call for a hearing. If the High Court refuses permission to appeal to the Supreme Court, the appellants can ask the Supreme Court itself to agree to consider the appeal.

In Scottish criminal appeal cases the UK Supreme Court cannot simply overturn a decision of the Scottish court; it only has jurisdiction to decide whether there might have been a breach of the appellant's rights under the European Convention on Human Rights. A decision that there had been such a breach would not by itself overturn the conviction but would result in the case being sent back to the Scottish court for it to consider the issue and apply the right test under the European Convention, which might or might not result in a different decision being reached in relation to the conviction.

The grounds of appeal which the Megrahi legal team wish the Supreme Court to consider can be summarised as follows:

1. The decision of the High Court not to allow all of the original grounds of appeal to form part of the appeal for the reasons it gave was in breach of Article 6 of the ECHR, the right to a fair trial. In August 2020 the High Court limited the grounds of appeal to the matters referred by the SCCRC in their 2020 referral (unreasonable verdict and non-disclosure of material relating to rewards and identification evidence) and also allowed in the issue of disclosure of the cables relating to the Crown witness Majid Giaka. The court expressly rejected the ground of appeal which argued that there was a systemic failure by the Crown to disclose material and also the particular instances of non-disclosure which the appellants argued demonstrated this systemic failure. The appellants contend that this is a matter which must be considered by the Supreme Court as it relates to the application of Article 6 and was wrongly decided.

2. The decision of the High Court not to overturn the Public Interest Immunity Certificate and order disclosure of the Protectively Marked Documents, and not to allow the non-disclosure of the documents to form a ground of appeal, also constituted a breach of Article 6. The appellants submit that these documents related to the special defence of incrimination put forward at trial and so in order for the appellant to receive a fair trial they should have been disclosed, and that this should have formed part of the grounds of appeal the court allowed to be argued.

3. As regards matters which did form part of the appeal and were argued at the full appeal hearing, the appellants' position is that the High Court erred in its decision to refuse Ground of Appeal 2, which related to non-disclosure of rewards material and non-disclosure of documents relating to Crown witness Tony Gauci’s identification evidence. They contend that the court applied the appropriate test wrongly and too narrowly and therefore breached the appellant’s right to a fair trial. In relation to Ground of Appeal 1, unreasonable verdict, they submit that the High Court’s decision to refuse this ground of appeal was also wrong, in that they took into account evidence which the trial court had ruled out, namely the evidence of the former co-accused Fhimah’s diaries. They contend that the High Court erred in substituting its own assessment of whether the diaries were admissible, as this meant they were not considering the case on the same evidence as the trial court did; and by so doing the appeal court has not returned a reasoned judgment on the verdict of the trial court and therefore again the appellant’s article 6 right has been breached.

The Megrahi legal team conclude by submitting that all three points raised are of general public importance and therefore meet the test for an application to appeal to the Supreme Court.