Majid Giaka's CIA handler speaks out "after a lifetime of silence"

[What follows is excerpted from a report by Paul Martin headlined Former CIA agent reveals he was excluded from Lockerbie bombing inquiry published today on The Telegraph website:]

A former CIA agent has claimed he was excluded from the original Lockerbie bombing trial and that investigators should turn their attention to the "true culprit" – Iran.

John Holt, 68, says he was the author of secret cables showing that the Libyan double agent put forward by Scottish prosecutors as the star witness in the Lockerbie bombing trial had a history of "making up stories".

Mr Holt was never sent to the trial by his bosses, even though he had been the CIA handler for Libyan double agent and principal witness Abdul-Majid Giaka. 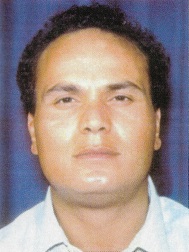 "I have reason to believe there was a concerted effort, for unexplained reasons, to switch the original investigations away from Iran and its bomb-making Palestinian extremist ally the PFLP General Command. Now we should focus a new investigation on the Iranians and their links with the bomber," he told The Telegraph in an exclusive interview.

"I would start by asking the current Attorney General, William Barr, why he suddenly switched focus in 1991, when he was also Attorney General, from where clear evidence was leading, toward a much less likely scenario involving Libyans."

Mr Holt spoke out for the first time as Scottish Supreme Court judges consider whether to quash the conviction of Abdelbaset al-Megrahi, who died of cancer in 2012. (...)

Giaka became a US asset after claiming he had information about Libyan involvement with terrorism while working as an assistant to the station manager of Libyan Arab Airlines (LAA) in Malta.

Explaining the key importance of his cables, Mr Holt said: "I handled Abdul-Majid Giaka in 1989 for a whole year during which he never mentioned Libyan involvement in the bombing.

"My cables showed he was a car mechanic who was placed by Libyan Intelligence as Malta Airport office manager with Libyan Arab Airlines and had very little information about anything to do with bombs – or Lockerbie.

"He felt humiliated by Megrahi, who was an official with the Libyan Intelligence Service. 'I was treated,' he said, 'like a dog when Megrahi came to the office.'

"That's all reported in my cables, so the CIA knew Giaka had a grudge against Megrahi.

"Every time I met Giaka, which was each month or two, I would also ask him if he had any information at all about the Pan-Am bombing. All of us CIA and FBI field officers were asked by the CIA to keep pressing our assets for any answers or clues.  His answer was always: No.

“I expressed my opinion to the FBI that Giaka was nothing more than a wannabe who was not a real Intel Officer for the Libyans. He had no information re Lockerbie, and I told the CIA all this in comments I made in my cables. He went back to Libya at the end of 1989 and I moved on to another assignment.

"In 1991 Giaka told the CIA that he had been exposed and the Libyans would kill him. When he was told he was useless to our intelligence services [the CIA and FBI], he began making up stories.

"It was only when he needed desperately to get some financial and logistical support from the US to flee Libya in 1991 that he started telling the CIA things relevant to the PanAm-103 bombings – like hearing Megrahi and another man talking about a plan to bomb an American airliner." (...)

Mr Holt alleges he first realised there was an effort to distort the realities when called into the office of the CIA director George Tenet.

There, his description of Giaka was not included in the initial presentation of evidence to the trial. Later, summoned a second time to the director's office, his cables were thrust in front of him by FBI agents and he claims he was told to sign that they were written by him. He says no explanation was given. These were eventually released to the trial by the CIA, with some 'redaction', in 2000.

"Operational cables that I wrote did not get sent to the original trial," he revealed. "They were withheld by the CIA and the FBI, who – even when my cables did emerge – declined to let me give evidence to the Scottish court hearing, held in Camp Zeist near Utrecht.

"We now all need to admit we got the wrong man, and focus on the real culprits."

After 24 years of distinguished service with the CIA, Mr Holt has had deep concerns about speaking out. He has chosen his words with great caution, anxious to avoid accusations that he has leaked any secrets that could compromise his former agency.

"I'm speaking out now, after a lifetime of silence. But I feel deeply frustrated and I want justice to be done," he said.

"Whatever the Scottish Supreme Court decides, Britain should reopen the whole Lockerbie saga, have a heart-to-heart with the Americans, and go after Iran," he told The Telegraph.

"I have reason to believe that the three security agencies of the US Government were working on evidence pointing directly to Iran, before the Libyan connection was brought into play.  I believe the US Government tried to hide evidence for political reasons, and Britain also was willing to go along with this.

"I have reason to believe that a crucial decision was made in 1991 by the US Justice Department and its enforcement arm the FBI: to drop all evidence pointing toward Iran and instead manipulate the evidence to place blame on Gaddafi's Libya. Gaddafi was a long-time nemesis to numerous US presidents."

Mr Holt feels that Americans were particularly keen to pin the blame for Lockerbie on Libya because of an ongoing feud. After the coup that brought Gaddafi to power, the Libyans had expelled American oil companies from oil drilling fields, and US forces from a massive American-built airbase constructed during the Cold War.

And in the 1980s the Gaddafi regime was suspected of being a massive danger to the West by developing a secret WMD programme.

He said the first thing British and US intelligence officers should do is demand access to the former chief of Libyan intelligence, Abdallah Senoussi, son-in-law of Colonel Gaddafi, who is still languishing in a Libyan jail under sentence of death.

Gaddafi and his henchmen were overthrown, with British military intervention, in 2011 and Senoussi, now aged 60, was convicted in 2015 for crimes against humanity that had no connection with Lockerbie.

"An interpretation is that the British and the US are not demanding to see him – because they already know Libya did not do it," says Mr Holt.