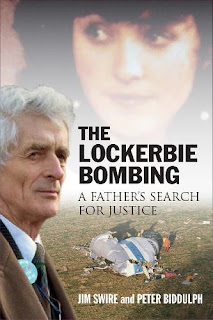 A Father’s Search for Justice

The destruction of Pan Am Flight 103 over the Scottish town of Lockerbie in December 1988 was the largest attack on Britain since War Two. 259 passengers and 11 townsfolk of Lockerbie were murdered. Libyan Abdelbaset al-Megrahi was convicted of the crime. He maintained his innocence until his death in 2012.

Among the passengers was Flora, beloved daughter of Dr Jim Swire. Jim accepted American claims that Libya was responsible, but during the Lockerbie Trial he began to distrust key witnesses and supposed firm evidence. Since then it has been revealed that the USA paid millions of dollars to two central identification witnesses, and the only forensic evidence central to the prosecution has been discredited.

The book takes us along Dr. Swire’s journey as his initial grief and loss becomes a campaign to uncover the truth behind not only a personal tragedy but one of the modern world’s most shocking events.

Caution: Spammers are using our comments sections to post their own advertisements. We therefore regret that we must block all comments.